So here we sit just under eight weeks to go before we take on Mallorca. The training appears to be going well, but someone has to tell Peter that the event commences with a swim…….so a bit of water time is required…

The good news is that with Gift Aid we are now over the 40k mark which is just sensational…thanks to everyone who has helped achieve this, but you know what’s coming….we need to keep going.

It perhaps is worthwhile just reiterating what the money has been used for, the key fact that every penny contributed goes directly to the charity, not one penny is spent on anything else in terms of expenses or other costs.

So where has your money gone…..well we are helping to fund a two year patient trial which is being run as a joint effort between the University of Portsmouth and the University of Bergen in Norway/ This is using a drug that has been found to help increase the survival rate of the patient from the 14 months average to in some cases 10 years…what would Colin have done for that extra time…..seen Chelsea reach the quarter final of the Champions League the other night for starters ! 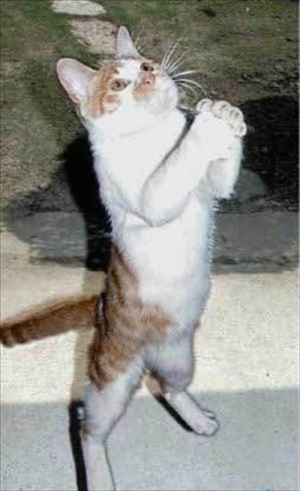 AND THAT IS WHAT THIS IS ALL ABOUT……giving hope and finding the cure…..I have no doubt that we are on the way to that great day and having been a part in this is a great feeling, as I said before a promise to Colin was to keep finding ways of raising funds to help achieve this.

So having raided your banks and savings last year I want you to consider doing it again,

COULD YOU CONSIDER DONATING THE SAME AMOUNT YOU DONATED LAST YEAR AGAIN?

I appreciate we all get many request for this kind of thing but I am NOT going to stop and therefore would ask you to consider re-visiting our Just Giving site http://www.justgiving.com/tonyanddanironmanand donating whatever feels right, it would be hugely appreciated by all.

In addition any ideas of ways we can achieve extra donations will be gratefully received…THANKS for taking time to read this.

That thing they call the ‘wall’ … well I think I have hit it and bounced off my body is in bits bad back, bad knee, bad ankle legs ache ! HELP – I keep telling myself its all in my mind but then when I try to run or cycle my body tells me it is real. Still have to keep at it as the lycra kit is still too tight – thanks to everyone who has added to the grand total we must keep spreading the word – Keep going !

Editor: We want photographic evidence of this Lycra fitting issue!

Having had what was without a doubt the busiest January of my entire life, I can finally say the journey to Mallorca has begun. A combination of work and play (a balance that’s hard enough to grasp without throwing in training!) has meant that the majority of this years training has been high intensity, strength and core. While that’s not enough to reach my goals come May, I have felt that its kept me at a decent level of fitness to build from… maybe?

Today marked the first race of the year (last weekend was a write off) and the usual thought processes of ‘can I be bothered’ and ‘its bloody freezing and I don’t even have a wetsuit’ (don’t ask!) were flying around my head. If I had to pick one thing that I took away with me last June, id have to say a set of solid mental balls. Yes, the fundraising was huge and will always be the real achievement, but on a personal level, whenever I’m finding something tough, either personal or at work, I just remind myself of one thing…. “you’re a f***ing ironman”! So far that’s always managed to do the trick 🙂

Ok so back to the race. Once I pulled myself from my bed at 4.30am and overflowed my car with petrol half asleep whilst filling it up at the station (they don’t do it for you before 6am – how rude!), I made my way to the venue. All I could think of was how cold it was and not having a wetsuit was really playing on my mind. This feeling that was amplified when I was literally the only person apart from 2 kids in the junior race going skins! “if they can do it then I can surely?” was my immediate reaction followed closely by… F**K! 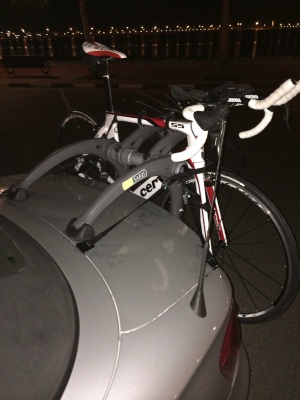 A quick 1km run to warm me up followed by 40 Burpees/40 Squats just before the race started meant I was nice and warm and prepared for the plunge.  Suddenly… Ooosh I was in, and all that drama for 2 and half hours prior to that moment suddenly became a waste of time. Yes it was cold but id somehow managed to forget I live in the middle east and cold here is close to a heatwave in the UK. Ironman my arse!

This was my first swim of 2014 and I was fairly happy with how I felt but know there is a lot of work to do. Technique and strength have gone since Nice so pool

sessions are top priority now for sure. Out the water and on the bike I was excited to see how i’d do having done a lot of speed work since Xmas. This definitely showed as on a pretty windy day I still managed to average 34km which I was happy with. Off the bike and into the run I was as comfortable as I’ve ever been, hitting a decent pace and feeling really good from start to finish. I don’t know officially but I’m pretty sure it was a negative split 5k* which was another positive.

With an extra 4km added to the bike and an 800m swim I managed to clock a time of 1.20.04 which, considering the month I’ve just had, I was more than happy with. The race didn’t really tell me much I didn’t already know and now its about kicking on from here and building for the Olympic at Tri Yas on the 28th.

Its great to see the updates coming in from the rest of the squad (my favourite still by far is Tony: Sore ankle) and hopefully we can continue to build a picture of everyone’s journey to Mallorca. Its crazy to see how far we’ve come from a few loose emails and drunk conversations but that’s what its all about!

Have a good weekend and those of you that are training… train hard! 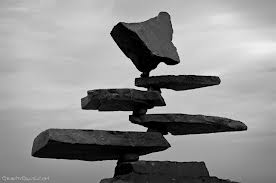 So end of another week, this week needed a little more planning regarding the balance between, Family, work and training.

People think that Triathlons are made up of 3 disciplines, well it’s not true the reality is that its made up of the Swim, Bike, Run, Family, Work, Nutrition its all about finding the balance. Lets have another go this week.